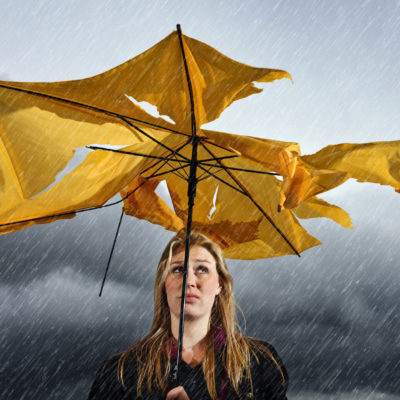 Therefore the moon, the governess of floods,

Pale in her anger, washes all the air,

That rheumatic diseases do abound.

Expressed by Titania, the Queen of the Fairies, in A Midsummer Night’s Dream (Act II, Scene ii, 88, 103)

What is meant by rheumatism?

Rheumatism in its many forms has affected mankind since ancient times. It is a “grab bag” term used by laymen for a variety of aches, pains, swelling, stiffness and inflammation of the joints, muscles, and connective tissues. Rheumatism includes bursitis, neuritis, rheumatoid arthritis, and osteoarthritis.

From the time of Hippocrates, sufferers of these conditions have believed that changes in weather conditions can worsen their symptoms. Such changes include fluctuations in ambient temperature, increases in humidity, rainfall, or barometric pressure. However, many studies over the last 50 years have not provided conclusive support for these beliefs.

Problems with such studies include:

Reviewing the evidence from three studies

In a study of 367 patients from the Mayo Clinic, Rentschler et al. (1929) found a positive relationship between the curve of pain severity and that of barometric pressure for 72% of the time that their observations continued. Their observations on humidity, temperature, and atmospheric electricity were inconclusive.

Although some of the findings quoted in this study appear to be rather contradictory, most of those suffering from pain due to “fibrositis”, rheumatoid arthritis, or osteoarthritis believed that climate and weather had some influence on their condition (Fox & Breemen, 1934).

Another study from Cordoba, a city in central Argentina, involved 151 outpatients and 32 healthy controls [Strusberg et al. 2002]. There were 52 patients with osteoarthritis, 82 with rheumatoid arthritis and 17 with fibromyalgia. Episodes of spontaneous pain were recorded at daily intervals for 12 months. These recordings were correlated with the daily temperature (the mean of four measurements), the atmospheric pressure and the relative humidity.

Showing that we are living in the digital era, Dixon et al. (2019) recruited 10,584 people with different pain conditions from across the United Kingdom. They were asked to record responses on their smartphone to 10 itemised questions on days when they experienced an episode of pain. The questions were about pain severity, fatigue, morning stiffness, the impact of pain, sleep quality, time spent outside, waking up feeling tired, amount of physical activity, mood, and wellbeing.

They analysed data collected from 2,658 people over a 15-month period. Although the effects were modest, there were significant relationships between pain reports and relative humidity, atmospheric pressure, and wind speed. The relationships were not dependent upon reported mood changes and physical activity undertaken.

These and other studies provide evidence to validate the perceptions of those who believe that their pain is influenced by changes in the weather. Accurate weather forecasts might help them to better plan their daily activities. Finally, an improved understanding of the relationship between weather and pain could shed some light on underlying pain mechanisms.