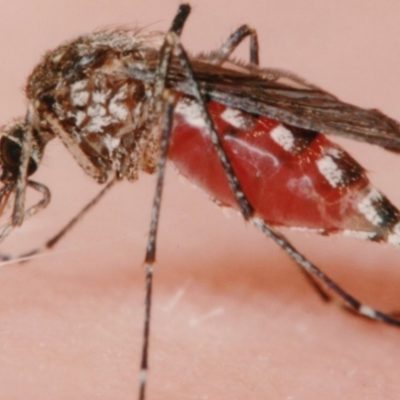 A crisis meeting will be held next week to tackle growing concerns about Ross River virus in WA, as the number of cases of the mosquito-borne virus heads towards record levels.

In the past 12 months the Health Department has been notified of 1535 Ross River virus cases, up from 1137 the previous year.

Ahead of summer, historically the worst time for the virus, 130 of the State’s experts in mosquito-borne viruses and controlling the insects will meet in Mandurah on Monday to try to find ways to lower the levels of mosquitoes.

The three-day meeting comes after a consistent increase in cases of Ross River virus during the past two years.

Environmental health hazards managing scientist Michael Lindsay said researchers were monitoring trapped mosquitoes from Rockingham to Dunsborough and the department would alert the public once the first cases of the virus were traced, expected in the coming weeks.

“As we move into the warmer months we know historically that the risk of Ross River virus increases,” he said. “We certainly wouldn’t be able to tell people in the South West that there’s no need to worry, there’s no risk.

“We would be encouraging people to take precautions to avoid mosquito bites from now on. We can only set up so many traps and it may be out there already in low levels.”

Dr Lindsay said many of the reported cases were in Perth and a high proportion were in the South West, where most cases of the virus were usually recorded.

Former Australian Medical Association WA president Richard Choong, a general practitioner in Port Kennedy, where there were many cases of Ross River virus, said it was not always taken seriously because it was not life-threatening and often went unreported because sufferers mistook the symptoms for a cold.

Dr Lindsay said the department was also investigating whether an unseasonal surge in cases in the winter months – almost double last year’s cases – was caused by a warmer- than-average winter or a change in testing methods skewing results.

The most common symptoms or the virus include joint pain, fever and fatigue which typically last for up to six months, but can last for more than a year.

Using repellent and covering up to prevent bites is encouraged.