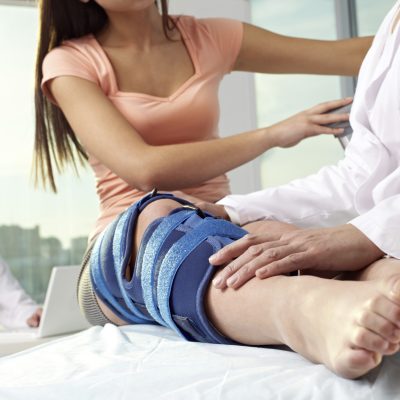 Australian researchers have proposed a new set of intervention thresholds for fracture risk in response to concerns that at-risk patients are not getting the right treatment.

They report in the journal Bone that fracture risk guidelines from Australia, the UK and the US tend to either underestimate or overestimate the risk of fracture.

The Australian National Osteoporosis Guideline Group (NOGG) threshold recognises one in 12 Australian men aged 70 years and older as being at risk of fracture, while one in nine Australian men are identified as at-risk using UK thresholds.

According to US thresholds, nine in 10 Australian women aged at least 70 years would be recommended for intervention.

The researchers, who include rheumatologist Professor Lyn March from the University of Sydney, propose thresholds of a 10-year probability of hip fracture that is greater than 3% for those aged 50-69, 5% for 70-79 and 7% for people aged 80 and over.

They say these thresholds, compared with the NOGG, identify an additional 4.9% of men and 18.2% of women aged 70 years and above for treatment.

The thresholds also balance the cost-effectiveness of the intervention at various age groups and society’s willingness to pay for healthcare of osteoporosis, they say.

“We therefore allowed for a 10 to 15% increase from the current level in the number of persons being recommended for intervention considering the population is ageing.”

Only a quarter of women and one in 12 men had undergone pharmacologic therapy or had their BMD assessed in the last two years, according to the paper, which is based on data from over 250,000 men and women aged at least 50 years.

“The new proposed thresholds provide a mechanism for the effective and efficient delivery of health care for osteoporosis to high-risk individuals,” they write.