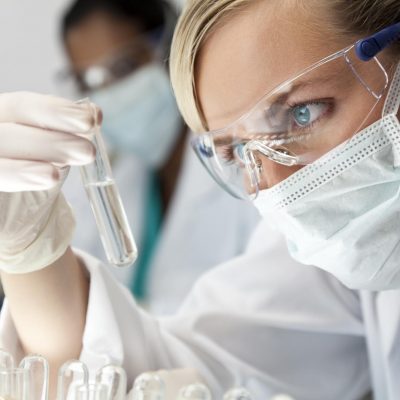 Lachnospiracecae and Prevotellaceace have been “strongly” associated with colitis and Crohn’s disease.

“These results are consistent with the hypothesis that genes associated with AS act at least in part through effects on the gut microbiome,” they wrote in Arthritis & Rheumatology.

“It is possible that the changes are due to effects of AS itself on the gut microbial profile, or that immunogenetic associations of AS affect the microbial profile in a manner that is independent of the mechanisms by which it causes AS,” Brown explained told MedPage Today. “However, had the null hypothesis not been rejected, that is, had we shown that the terminal ileal microbial profile in AS was the same as controls, this would have made it very unlikely that AS was driven by the intestinal microbiome.”

The findings may point the way to safely preventing or treating AS by therapies targeting the intestinal microbiome.

“Already patients with AS are following diets or even having fecal transplant treatments for their disease, with no good evidence that either approach works or is safe,” Brown said. “And given that microbiome disturbance is associated with increased risk of a wide range of metabolic and immune-mediated diseases, it is quite possible that transplant therapy could even make recipients less healthy.”

Dysbiosis has been implicated in immune mediated-diseases such as multiple sclerosis and type 1 diabetes. Bacterial infections such as Shigella and Salmonella in the intestinal and urogenital tracts can trigger episodes of self-limiting reactive arthritis, a form of spondylarthropathy.

Although microbial involvement has been suggested in AS as well, no definitive link has been established. However, as many as 70% percent of AS patients have subclinical gut inflammation, with 5% to 10% of these going on to develop Crohn’s-like IBD. Studies have also shown that AS patients have increased intestinal permeability versus healthy controls, again suggesting a possible role for the gut microbiome in their disease.

To characterize the microbiotic milieu in AS, the investigators recruited nine consecutive early-stage AS patients (ages 22-56) and nine healthy controls (ages 34-65). Histological inflammation in the AS group was normal in four patients, chronic in three, and acute in two. Disease duration from symptom onset ranged from 3 to 11 years, with only one patient currently on NSAID therapy at the time of biopsy.

Samples from colonoscopic biopsies were subjected to sequencing and qPCR amplification of the 16S rRNA gene to determine community differences as well as microbial load. Community profiling found 51 genera across all biopsies, with major differences observed at the phylum level between AS and healthy controls.

In health controls, levels of Streptococcaceae and Actinomycetaceae were higher, but no differences were noted between cases and controls in bacteria associated with reactive arthritis, or in Klebsiella species proposed to play a role in triggering AS.

On average, biomass showed no significant difference in 16S rRNA copy number between AS and controls, indicating that the observed variances were not due to bacterial overgrowth.

“The microbial profile differences are not due to differences in overall bacterial quantity between cases with different diseases, but are qualitative,” the authors stressed.

It has been hypothesized that HLA-B27 induces AS by effects on the gut microbiome, in turn driving spondyloarthritis-inducing immunological processes such as IL-23 production. “Our data here showing intestinal dysbiosis in AS cases is consistent with this hypothesis, but further studies are clearly required to distinguish cause and effect interactions between the host genome and immune system and the gut microbiome,” the authors wrote.

The Queensland group is currently expanding its cohort to examine the effects of disease activity, duration and treatment on microbial profiles, according to Brown.

“Proper clinical trials are required here once we understand better what defines a healthy microbiome, how to change the microbiome of the ileum, and how to keep those changes stable,” he said.