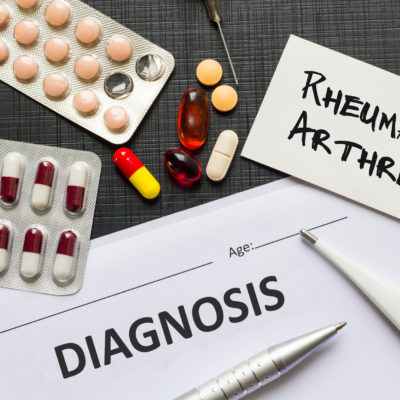 Rheumatoid Arthritis (RA) is a debilitating, chronic autoimmune disease characterised by inflammation of the synovial joints, most often involving hands and feet. This inflammation can damage the bone, cartilage, and ligaments in the joints, which causes joint deformity and loss of function. RA causes physical complaints, such as increased pain levels and reduced physical functioning and socioeconomic problems such as loss of work and earning ability. RA continues to be associated with premature mortality, and while the cause of RA remains unknown, symptoms can be treated effectively, even though there is no cure available. Given the combination of these characteristics, Arthritis & Osteoporosis WA (AOWA)/Arthritis Australia needs to have accurate knowledge about the frequency and severity of RA in Australia to target service providers and inform policymakers.

The reported worldwide RA prevalence varies widely, and it is unclear whether this is due to inconsistencies in defining populations or variations in data sources used to identify patients with RA (e.g., based on patient organisations, hospital registries) and/or variation in data collection and/or criteria employed for RA classification. To date, there is no data available for Australia. Still, most Australian organisations work with a population frequency of RA of 2.0 %, based on self-reported data in the National Health Survey (NHS) 2014-2015. Self-reported data is, however, less reliable as they tend to overestimate disease frequencies.

Given these uncertainties, UWA researchers, with the support of AOWA, have started working on obtaining precise RA prevalence and severity measures in WA. The first step was to gather all relevant medical literature on the topic and perform a systemic review to estimate the global RA prevalence in population-based studies and investigate the effect of different methodologies on RA prevalence rates. Following the approach recommended by the Joanna Briggs Institute in SA, 66 published population-based studies were collected with a total of 221,329 participants. Data came from 41 countries and covered all continents except Oceania. The mean global point and period prevalence rate for RA were 0.56% and 0.51%, respectively, with the highest point prevalence of RA (0.69%) seen in urban areas of North America (incl. Cuba and Mexico). In contrast, diverse regions of Asia (Saudi Arabia and Oman) saw the lowest point prevalence rates (0.29%).

Figure 1 provides a graphic overview of the regional data on worldwide RA prevalence per 100.000 population. Based on this evidence, we considered it likely that the RA prevalence in (Western) Australia was 0.5-0.7 %, as there is no reason to assume that RA prevalence in WA would be 3-4 times higher than in the rest of the world.

As a second step, the researchers focused on the prevalence and severity of RA in patients included in the West Australian Rheumatic Disease Epidemiological Registry (WARDER). With 17,125 RA patients, a crude preliminary analysis indicated that the RA prevalence in WA for the period 1980-2015 was around 0.6 -0.7%. These preliminary data will require further scrutiny before publication but support the review findings that the RA prevalence in WA (and likely Australia) is much lower than presumed and most likely to be similar to the rest of the (western) world.

While more detailed analyses are needed to investigate the effects of gender and comorbid conditions, these data suggest that improvements over time in disease management have reduced the premature mortality risk for RA patients in WA. However, there clearly remains room for further improvement.