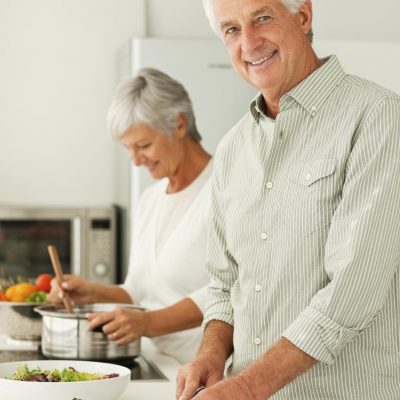 Scientists don’t know what causes rheumatoid arthritis, but many suspect that the microbiome—the bacteria that live in our gastrointestinal tracts—may be to blame.

Doctors aren’t entirely sure what triggers rheumatoid arthritis, a disease in which the body turns on itself to attack the joints, but an emerging body of research is focusing on a potential culprit: the bacteria that live in our intestines.

Several recent studies have found intriguing links between gut microbes, rheumatoid arthritis, and other diseases in which the body’s immune system goes awry and attacks its own tissue.

A study published in 2013 by Jose Scher, a rheumatologist at New York University, found that people with rheumatoid arthritis were much more likely to have a bug called Prevotella copri in their intestines than people that did not have the disease. In another study published in October, Scher found that patients with psoriatic arthritis, another kind of autoimmune joint disease, had significantly lower levels of other types of intestinal bacteria.

This work is part of a growing effort by researchers around the world to understand how the microbiome—the mass of microbes that live in the gastrointestinal tract—affects our overall health. The gut contains up to a thousand different bacteria species, which together weigh between one and three pounds. This mass contains trillions of cells, more than the number of cells that make up our own bodies. Over the past several years, scientists have compiled a growing collection of evidence that many of these bugs may have a major effect on our well-being, with some triggering chronic, non-infectious ailments such as rheumatoid arthritis, and others protecting against such diseases.

“It’s become more and more clear that these microbes can affect the immune system, even in diseases that are not in the gut,” says Veena Taneja, an immunologist at the Mayo Clinic in Rochester, Minnesota, who has found clear differences in the bacterial populations of mice bred to be genetically prone to rheumatoid arthritis. In those more susceptible to the disease, a species of bacteria from the Clostridium family dominates. In mice without arthritis, other strains flourish, and the Clostridium strains are scarce.

“This is frontier stuff,” says Scher, the director of the NYU’s Microbiome Center for Rheumatology and Autoimmunity. “This is a shift in paradigm. By including the microbiome, we’ve added a new player to the game.”

Scientists are especially intrigued by how these bacteria influence the immune system. In recent decades, the incidence of many autoimmune diseases has been increasing; many microbiome researchers argue that at least some of this rise is due to changes in our bacterial ecosystem. Altered diet, the explosion of antibiotic use, and decreasing contact with the microbe-packed natural world of animals and plants have all combined to transform the bacteria that call humans home. “Our microbiome has changed significantly over the past century, and especially over the past 50 years,” says NYU microbiologist Martin Blaser, who puts much of the blame on widespread use of antibiotics. “We’re losing microbes with each generation; they are going extinct. These changes have consequences.” read more