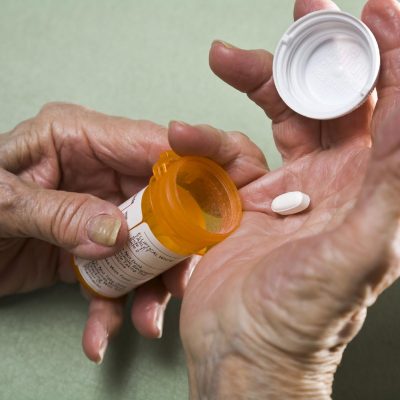 Experts have hailed the discovery which will revolutionise treatment of the devastating disease and bring hope to millions of people suffering in daily agony.

There is currently no cure for rheumatoid arthritis and what few treatments are available can only the progression of the disease and treat the pain it causes.

But this breakthrough new treatment has completely cured the disease in mice and the researchers are now set to test it on humans,

Teresa Hemmerle, one of the lead authors of the study which was published in the journal Proceedings of the National Academy of Sciences (PNAS), said: “In our mouse model, this combined treatment creates a long-term cure.”

Current treatments include painkillers and anti-inflammatory drugs to tackle the pain and swelling. Anti-rheumatic drugs, of which methotrexate is the most common, are used to slow joint damage.

But the drugs can have unpleasant and potentially dangerous side-effects.

Although treatments have improved significantly over the past decade, they suppress the immune system, leaving patients at risk of developing infections.

And many sufferers are still forced to undergo devastating joint replacement surgery.

One of these is the body’s own immune system messenger called interleukin 4 (IL-4). This protects those with rheumatoid arthritis against cartilage and bone damage.

The second component is an antibody that is found only in inflamed tissue in certain diseases and tumours. The role of the antibody is to lead IL-4 to where it is needed and can be most effective.

Ms Hemmerle said: “As a result of combination with the antibody, IL-4 reaches the site of the disease when the fusion molecule is injected into the body.

“It allows us to concentrate the active substance at the site of the disease. The concentration in the rest of the body is minimal, which reduces side-effects.”

The researchers tested the new fusion molecule, which they call an “armed antibody” together with the ETH spin-off company Philochem. Currently the studies are being conducted on laboratory mice.They used a mouse model in which the animals developed swollen, inflamed toes and paws within a few days.

As part of tests, they studied the new molecule in combination with a steroid drug called dexamethasone which is commonly used to treat arthritis in patients.They treated each mouse as soon as they began showing signs of the disease such as swollen joints.

When the two treatments were used separately, they both managed only to slow the progression of the disease in the affected animals.But when given at the same time, the typical signs of arthritis, such as swollen toes and paws, disappeared completely within a few days.

The researchers also found that concentrations of a whole range of immune messengers in the blood and inflamed tissue, which are changed in rheumatoid arthritis, returned to their normal levels.Based on the promising results from the animal model, Philochem is currently preparing to test the new drug in clinical trials on people suffering from rheumatoid arthritis which the researchers say will begin this year.

Jane Tadman, from Arthritis Research UK, said: “This is promising research in a very well-respected journal.

“The Swiss scientists have developed a way of targeting treatment specifically to inflamed joints, which appears to have been extremely successful in stopping arthritis in its tracks.

“As this is a study in mice, there’s obviously a long way to go before it can be shown to work as safely and effectively in human patients, but it’s a good start.

“Although there are a number of drugs available to treat rheumatoid arthritis they don’t work in everyone, and many people are still suffering from its painful, often crippling effects.”

Rheumatoid arthritis is the more severe form of the disease and causes inflammation, stiffness, pain and disfigurement in joints.It is an autoimmune disease, meaning that the body’s immune system attacks the joints, and affects at least 700,000 people.