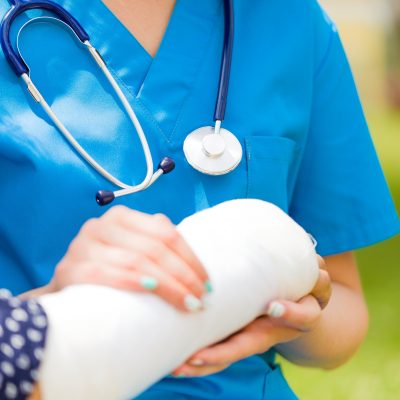 Report demonstrates rheumatology nurses could be the answer for hundreds of thousands of Australians with inflammatory arthritis.

Currently there is only one rheumatology nurse for every 45,000 people living with inflammatory arthritis – this must increase.

According to a report commissioned by Arthritis Australia, there is just one full-time rheumatology nurse for every 45,000 people living with painful and disabling conditions such as rheumatoid arthritis, ankylosing spondylitis, psoriatic arthritis, gout and juvenile arthritis.

CEO of Arthritis Australia Ainslie Cahill said chronic, inflammatory forms of arthritis are a leading cause of disease burden and are also among the most common causes of disability and early retirement due to ill health in Australia.

An increase in rheumatology nurses would mean quicker diagnoses, better psychosocial support for patients, improved quality of care, better patient outcomes and reduced health system costs. Importantly, this research confirms that people who see a rheumatology nurse as part of their care are much more satisfied with all aspects of their care than those who do not,” said Ms Cahill.

This story is familiar to Max Stoneman who spent 18 months undergoing tests before finally being diagnosed with ankylosing spondylitis at the age of 19.

“I started getting worsening symptoms through years 11 and 12 at school. Initially we just thought it was growing pains and didn’t do anything about it,” he said.

“Then it got dramatically worse. I knew something was up when I couldn’t kick a ball, run or even walk. I bought myself a walking cane to get around the house because I was sick of using the walls!”

Over time Max changed from being cheerful and outgoing to unhappy. It took a year and a half to be diagnosed and, even then, Max needed to try a series of anti-inflammatory medicines before finding the answer with injections.

“I have never felt so great – sounds silly but I feel human again,” he said.

Max said the care provided by his rheumatology nurse has played a huge part in helping him deal with the condition.

“I was unhappy and I didn’t go through a good time for about three years and the nurses were there to help me. If I didn’t have them, the journey would have been a lot longer, more painful and frustrating and I would have felt like there was no support outside of my family. They’ve helped me get through it.”

The Arthritis Australia report, Rheumatology nurses: Adding value to arthritis care, was prepared by the Australian Healthcare and Hospitals Association. It states that early diagnosis and urgent access to specialists for treatment are critical for many inflammatory arthritic conditions to avoid or delay irreversible joint damage, deformity and disability.

Yet delays are common and access to rheumatologists is limited in many parts of Australia, especially in rural and remote areas, with lengthy waiting lists for appointments, said Ms Cahill.

“As it stands, this will only get worse in the future as a result of a growing shortage of rheumatologists and demographic trends. Greater use of rheumatology nurses in Australia can help to address these issues and support improved care and better outcomes for people living with severe and inflammatory forms of arthritis.”

This in turn would reduce the overall costs on the Australian health and welfare systems, she said.

“Adding rheumatology nursing to the traditional care model which uses only a rheumatologist would mean quicker access to specialist care and an earlier start to treatment. Our report shows this would in turn mean an increase in the number of patients going into remission and a decrease in the average cost of care per patient,” said Ms Cahill.

“For these reasons, we call on the Federal, State and Territory governments to provide dedicated funding to train and employ more rheumatology nurses,” finished Ms Cahill.

Arthritis Australia is the peak arthritis organisation in Australia and is supported by affiliate offices in the ACT, New South Wales, Northern Territory, Queensland, South Australia, Tasmania and Western Australia.