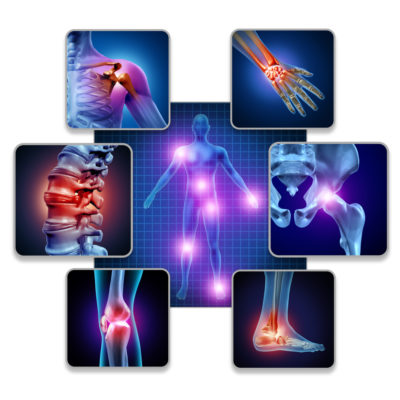 “Taxonomy is described sometimes as a science and sometimes as an art, but really, it’s a battleground. Even today, there is more disorder in the system than most people realise.” Bill Bryson [2003]

Taxonomy concerns the general principles of scientific classification. Over the last two decades rheumatologists have vigorously debated the taxonomic status of fibromyalgia.

According to the dominant view, fibromyalgia is a distinct disease, the development of which involves “changes in how the central nervous system processes pain” [Arnold et al. 2012].

Fibromyalgia can be thought of as a centralized pain state. Centralized pain is a lifelong disorder beginning in adolescence or young adulthood manifested by pain experienced in different body regions at different times. “Centralized” refers to central nervous system origins of or amplification of pain.

Problems with this view include the assumptions that pain is a “thing” that is “processed”, that the involvement of the central nervous system in “centralized” pain is somehow different from other types of pain, and that this is a “lifelong disorder”.

A much less popular view is that fibromyalgia is an arbitrarily defined disorder constructed by physicians to encompass a spectrum of symptoms of distress commonly present in the general community. Fibromyalgia sits at the severe end of this spectrum, but there is no clear line of demarcation that determines what it is or is not [Wolfe 2017].

Irrespective of these views, there is no doubt that the experience of pain is the main concern of those with the fibromyalgia label.  Up until 2011, the pain of fibromyalgia attracted the descriptor “neuropathic” largely because it was clearly not “nociceptive”.

However, in that year the descriptor “neuropathic” was narrowed by the IASP to denote pain due to disease or damage to the somatosensory system. This was clearly not applicable to the pain of fibromyalgia, leaving such people in limbo, with no biomedical descriptor, despite their having clinical features that suggested altered nociceptive function. Accordingly, the IASP assembled a Task Force of experts to review the terminology in use and, if necessary, to address this issue [Kosek et al, 2016].

Given that pain as an experience always originates from within the nervous system, and that pain is not a “thing” that can amplify itself, the proposition of “centralized” made no sense at all. Moreover, it did not imply a hypothesis of mechanism.

The IASP Task Force settled on “nociplastic” (derived from nociceptive plasticity) as the descriptor for such pain, defined as “pain that arises from altered nociception despite no clear evidence of actual or threatened tissue damage causing the activation of peripheral nociceptors or evidence for disease or lesion of the somatosensory system causing the pain” [Kosek et al. 2016].  Put more simply, “nociplastic” implies (i) there is evidence of altered nociception but neither (ii) nociceptive nor (iii) neuropathic descriptors apply.

The intention of “nociplastic” was to serve as a clinical placeholder that identifies presumed altered central nociceptive function to account for the pain and, importantly, the allodynia experienced by such patients, as a prelude both to developing validated criteria for its identification and to focussing research into its mechanism(s).

However, some prominent clinicians have peremptorily highjacked “nociplastic”, perhaps to assert their dominance in the field and to ensure that as many pain sufferers as possible will continue to be recruited into the Fibromyalgia diagnosis [Wolfe 2017]. The pivotal role that some pharmaceutical companies played both as sponsors for fibromyalgia research and as the source of grants to professional medical organisations and individuals has also been highlighted by Wolfe [2017].

As an example of highjacking, Kosek et al. [2021] suggest that a patient’s pain can probably be denoted as “nociplastic” when there is a history of “pain hypersensitivity” and one or more comorbidities. But because people cannot be (hyper-) sensitive to their own pain the term “pain hypersensitivity” is illogical. Furthermore, their suggested list of comorbidities is indistinguishable from the symptom cluster of fibromyalgia. A somatic descriptor of pain must be defined only in terms of nociceptive function and may not be identifiable clinically by features that are not directly related to nociceptive function.

In a similar example Nijs et al. [2021] confidently promoted “central sensitization” as the main underlying mechanism of “nociplastic pain”, without justification. Furthermore, throughout their paper these authors ignored the IASP definition of “central sensitization” and linked it with various non-pain symptoms. In this way they asserted that pain conditions that attracted neither nociceptive nor neuropathic descriptors were nociplastic by default.  Both interpretations are contrary to the letter and intent of “nociplastic”.

“Nociplastic pain”, “central sensitization” and the symptom cluster of “fibromyalgia” are not synonymous concepts. Those who have highjacked “nociplastic” away from being a pain descriptor appear to have a vested interest in preserving the taxonomic primacy of “fibromyalgia” in clinical rheumatology, despite the fact that the term is a misnomer, as the “-algia” does not originate in the “fibromy-” tissues.

Bryson B. A Short History of Nearly Everything. London: Transworld Publishers, 2003:437.