It all started with a toddler tummy bug.

What should have been a simple bout of gastro, left three-year-old Summer crying in pain for weeks. Her worried mum would find her in a hot sweat during the night, and soon, she refused to walk too.

When lumps started to appear on the backs of Summer’s little knees and hands, Karen scooped her little girl into her arms and went straight to the hospital.

Summer is fourteen now. She doesn’t like talking about her arthritis. Instead, she’d prefer to chat about her weekend roller skating with friends or how she wants to be a pro-wrestler like her sister – but she doubts Mum will let her!

But she admits there are days her throbbing knees make it hard to walk. Or writing long essays in English class makes her hands swell and ache for days.

But she’d prefer to just put up with the pain than make a fuss. It’s embarrassing, and no one really gets how she feels anyway.

For Summer and so many other kids in WA, arthritis feels like isolation.

Camp Freedom is the one time Summer gets to connect with kids and adults like her a year. Friends that understand – because they have arthritis too.

Held during the Sept/Oct school holidays, Camp Freedom is designed to provide children with chronic musculoskeletal conditions the opportunity to learn about their condition in a safe and fun environment. Children can connect and interact alongside others with the same diagnosis and are supported by the oversight and care of health professionals.

One of the most popular events on AOWA’s annual calendar, camps aim to promote self-management, personal growth, independence, self-confidence, and physical capabilities.

Over the years, the camps have made such a positive impact in the physical, social, and psychological lives of the children, that many of them return as Camp Leaders, generously volunteering their time and sharing their lived experience with the younger generation – just like Natalie!

Natalie was just six years old when she attended her first Camp Freedom.

And as a graduate, she’s gone on to volunteer at camp for the last 14 years.

Natalie knows first-hand the relief of finally finding friends that understand how JIA makes you feel – because they have it too.

“As a teenager, I would have been a lot more depressed without camp to look forward to. Camp represented the end of a cycle to me. I knew if I could just hang onto till camp started and I saw everyone again, I’d be OK.”

And now, as a camp leader, nothing brings her greater joy than seeing a child grow through their camp experience from year to year.

“I know kids who weren’t doing well at school, or not even going to class because of pain, go on to finish Year 12 because of camp.

Spending time with other kids like them, they learn how others cope and often realise things could be so much worse. It seems to flick a switch to help them get on with life!”

And Natalie says Camp Freedom helps with the little things too.

“Something as simple as saying to the person next to you ‘I’m on this medication and this is how it makes me feel’. And they know exactly what you mean – because they’re on it to. Friends and family do their best, but it’s just not the same.”

They learn that their arthritis doesn’t define who they are or set limitations on their future.

In fact, Natalie says hearing counsellors talk about study and their own jobs opened her eyes and inspired her to become a teacher!

Children and teenagers with arthritis miss out on so much. Western Australia’s only camp for JIA shouldn’t be one of them! If you would like to support the camp, you can donate online at  www.arthritiswa.org.au/online-donation/ or call us on 1800 011 041. 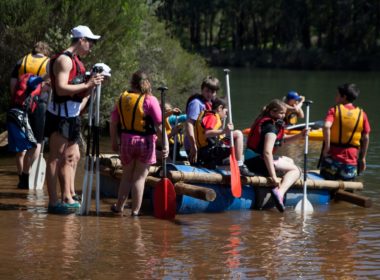 Image 1: “Our seven-year-old set off to camp with much trepidation. In those five days he tried things he’d never do with his school peers, or us. We can see how proud he is of himself.” Image 2: “The camp is absolutely necessary in uniting young people, so they do not feel alone. It is invaluable and the build-up of excitement for the participants as the camp date becomes closer cannot be described.”