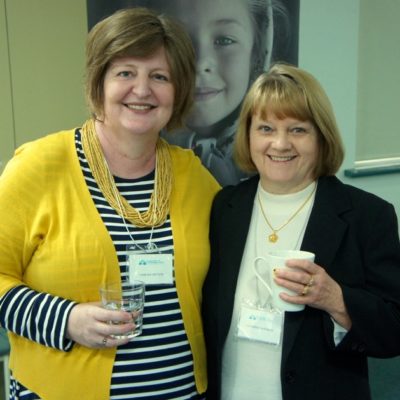 Vanessa had experienced various symptoms throughout her teenage years, many of which were never diagnosed or brushed aside. But as the years progressed and new symptoms arose, it would be a chance meeting that would lead her to a monumental discovery.

After experiencing pelvic pain for several years, Vanessa was finally diagnosed with a rare condition in 2008 – pudendal nerve entrapment. Even though she worked in the medical field as a Urology/Gynaecology Registered Nurse and had access to the best medical specialists, it took seven years to reach that diagnosis.

Her specialist arranged for surgery for decompression of the nerve to take place in Sydney. “Unfortunately, surgery was unsuccessful due to the fact diagnosis had taken too long, and my nerves had now defaulted to a chronic pain syndrome,” said Vanessa. Experiencing chronic pain, Vanessa was bedridden for most of the year which impacted her family life dramatically. “My husband was now shouldering the running of the household, working full-time, as well as driving our seven-year-old twins (boy and girl) to their after-school activities,” she said. She tried desperately to carry on with normal life but now taking strong pain medication, she would reside to the couch for the rest of the day, fatigued and in pain after dropping the children off at school.

New symptoms arose and she began experiencing aches and pain between her shoulder blades. After medical consultation, she was diagnosed with fibromyalgia the following year. This set Vanessa down the path of trying to juggle family life with chronic pain and now the challenges of her newly diagnosed fibromyalgia. Fibromyalgia is a disorder characterised by widespread musculoskeletal pain accompanied by fatigue, sleep, memory, and mood issues. Researchers believe that fibromyalgia amplifies painful sensations by affecting the way your brain processes pain signals. “I tried everything that was recommended to me, including acupuncture, yoga, hydrotherapy and alternative medicine, but found that nothing really helped.”

“My medication dosage was being constantly increased – until I reached the maximum dosage.” “I remember thinking, this is not living, this is just existing!” The pain was debilitating – and it had come at a cost! It had taken away her career as a Registered Nurse, her capacity to parent her twins, and her husband Brad had now taken on the role of her carer. Then a chance set of circumstances would lead her down the path to what would become a revelation, not only for Vanessa, but her family as well. Vanessa had just completed a meditation course with a woman who recommended her to Jane Muirhead. Jane is a Perth Occupational Therapist whose office was located at the Arthritis & Osteoporosis WA (AOWA). Jane was the Project Leader for a new initiative called “Kids Overcoming Pain Education (KOPE)” Programme. A pilot study funded by Telethon, hosted through Arthritis & Osteoporosis WA, with research being conducted by Curtin University. After sharing her journey with Jane, Vanessa was hired as a mentor for parents with children with chronic pain. It was during this same period that Vanessa’s own daughter was diagnosed with Complex Regional Pain Syndrome (CPRS) after cutting her foot. While Vanessa was attending AOWA, a fortuitous meeting with John Quintner, Consultant Physician in Pain Medicine and Rheumatologist (retired), would continue her onto her path of diagnosis discovery. “John was holding an interdisciplinary workshop for health professionals called ‘Making Sense of Pain’ at AOWA and asked if I would share my pain journey – which I gladly accepted,” said Vanessa. Vanessa became one of the ‘Pain Champions’ of the workshop, relaying her authentic journey of living with chronic pain, and providing much-needed insight to the health professionals. During this time, her daughter began experiencing more symptoms and was diagnosed with Ehlers Danlos Syndrome (EDS). This is a genetic condition that mainly affects the joints and skin and walls of the blood vessels. People with EDS, have very loose, hypermobile joints. Vanessa did not know at the time that her next meeting would finally lead her to her to the diagnosis she had been waiting for many years. While consulting with the Paediatric Rheumatologist about her daughter’s condition, he began asking Vanessa if she had experienced similar symptoms, delving deeper into her family medical history.

Vanessa was surprised to find that she indeed had and began to relay many symptoms her mother and brother had also similarly experienced. After years of chronic pain and spending the last nine years housebound, she finally had some answers – she had Ehlers Danlos Syndrome. It was later revealed that her son would also be diagnosed. ” I remember speaking with Ric Forlano, Executive Director of AOWA and told him that if I had never volunteered at the Foundation and received their resources and support, I don’t know where I would be today!” Her pain journey continued, and in 2017, she flew to Sydney for surgery to have a Spinal Cord Simulator (SCS) implanted for her trapped pelvic nerve. SCS is a type of implantable neuromodulation device that is used to send electrical signals to select areas of the spinal cord for the treatment of certain pain conditions. “It tricks the brain into not feeling the pain,” Many people advised her against it, stating it would not work. Thankfully, it did and about 95% of the pain was gone! Due to the success of the surgery, she was now able to wean off the medications (after 12 years) – albeit, taking 18 months to finally be free of them.

“The surgery changed my life! I remember only being able to stand for 30 minutes at a time before I had to rest. At school carnivals, I would only be able to watch one of my children compete in their race – it was just devastating for me that I had to do that!” Vanessa said.

She began to think …’if only I had the surgery sooner, I might not have missed out on so much…!”

But looking on the bright side, Vanessa has done so much to advocate and raise awareness around Perth. She gave many talks to physiotherapists and nurses, relaying her story so they have a better understanding of the patient’s journey.

Life is looking brighter for Vanessa – even though she still faces challenges today.

“There have been some positives through all this. I still meet up with some of the ‘Pain Champions’ for coffee regularly after all these years. It’s just nice to know that you are not alone.”