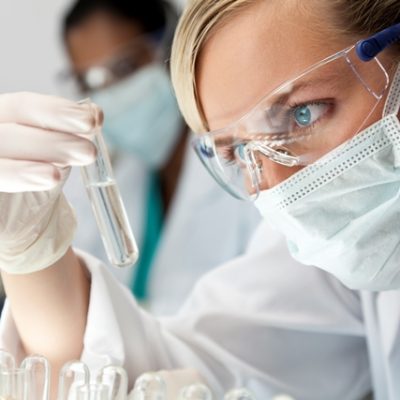 Giant cell arteritis (GCA) is a condition where inflammation occurs in the cell lining of arteries (pulsating blood vessels that carry oxygen to the body). Most often GCA arises in arteries in the temples and GCA is therefore also called temporal arteritis or cranial arteritis.

When diagnosed and treated early, the prognosis for GCA is usually excellent.

The cause of GCA is unknown, but several risk factors exist. GCA rarely occurs in people under fifty years of age and the average age at disease onset is seventy. Furthermore, women are twice as likely to develop GCA as men and people from a Northern European background are more susceptible to GCA. Whether this is solely due to a genetic or environmental trait (colds, other infections) is uncertain. Overall, one in 500 people in WA over the age of 50 will be affected by GCA.

The most common symptoms of GCA are headache and tenderness in the temple areas, but some people have one sided symptoms only. GCA frequently also leads to jaw pain when chewing. About half of GCA patients also feel like they have the flu with muscle stiffness and aches around the shoulders and hips, fever, fatigue and weight loss. This closely resembles a related condition called polymyalgia rheumatic (PMR). PMR occurs more widely in about 1 per 150 persons over fifty years of age and is considered the major risk factor for GCA.

The diagnosis of GCA is often suspected through a combination of the disease history, finding a painful tender temporal artery and finding elevated markers of inflammation in the blood. Confirmation of the diagnosis is historically done by showing blood vessel inflammation in a small tissue sample taken from the temporal artery. Newer, non-invasive techniques for imaging of blood vessel such as ultrasound, MRI or PET scanning may replace the need for a biopsy in the near future.

Treatment for GCA consists of high doses of Prednisone. This can prevent vision loss and is often started immediately before confirmation is in place. Many people have a remarkably rapid response to this drug and start feeling better within days and tapering of Prednisone can commence after 2-3 weeks. Because of the chronic and relapsing nature of GCA, Prednisone treatment often needs to be continued for one to two years at a low dose. In cases where Prednisone cannot be tapered or tolerated, alternative immunomodulating drugs can be used to control blood vessel inflammation.

When diagnosed and treated early, the prognosis for GCA is usually excellent. However, loss of vision and sometimes stroke due to compromised blood flow are serious, acute and irreversible complications of GCA. In some patients the inflammation involves other blood vessels, where late blood vessel complications such as aneurysm (vessel wall bubble) formation in the chest or abdominal part of the aorta.

Much remains to be discovered about this condition. While considered a disease triggered by an immune reaction in the blood vessel wall, the exact triggering event is still an enigma. Are there specific virus (or other) particles that may hide in the vessel wall and become exposed during aging of the blood vessels? Why does it target the temporal artery specifically and why does the reaction extend to other blood vessels in some patients?

Answers could come from performing extensive blood vessel imaging (including the use of PET scans) to detect the pattern of blood vessel inflammation, its influence on the disease course (compromised flow, good response or relapsing disease). In combination with testing for genetic factors and microbial agents in tissue specimens, this could provide some answers for this relatively unknown but not infrequent and intriguing condition.