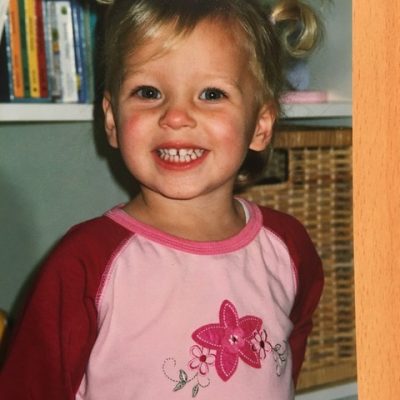 Abbey was born a new parents dream; she ticked all the boxes, was meeting her milestones, was happy, crawled and was walking by 12 months. By 20 months however, her early waking excitement seemed subdued and she would resort to a slow crawl until midday.

Mother Amanda and father Graham, both paediatric nurses, exchanged worried glances and pondered the possibility of illness, decided to see their doctor, who turned out to be away.

In his place, a locum deputised, a doctor who had recently finished a rheumatology rotation at Princess Margaret Hospital for Children in Perth and was full bottle on RA, arthritis, JIA. Such is the lotteries of life.

Her parents, alarmed by his urgency, contacted a work colleague to discuss the best option for having Abbey reviewed through correct channels. She suggested ‘…if the diagnosis of JIA was correct – go and see the Paediatric Rheumatologist in his rooms as soon as possible’.

They did, and Abbey underwent a barrage of investigations including testing her eyes for any sign of uveitis, a condition dangerous to sight.

With their paediatric knowledge, Amanda and Graham feared the worst; the test results confirmed their fears. Abbey did indeed have juvenile idiopathic arthritis, her joints were inflamed, her eyes were at risk and loss of sight was a high possibility.

Little Abbey had no idea what a life sentence her newfound diagnosis had dealt her. Now 14, she injects Humira every two weeks, is on a multitude of oral medications to manage her pain, administers steroidal eye drops multiple times every day, yet still holds her smile today.

Despite being compliant with management regimes, her left eyesight has deteriorated, a cataract formed and with rising pressures in her eyes glaucoma was diagnosed. At 4 years of age awakening from her cataract operation with a new lens insitu, she exclaimed …“Oh Mummy, you look as though you’ve been ironed…!”

Heartbreakingly Abbey had not been seeing the world well for some time. Her joints are also affected, cartilage is fragile and bits have broken off requiring surgical removal. Her knees and ankles are swollen, hot and painful. Wrists and fingers ache when she writes. Hospital visits have been plentiful and active sport is off her agenda. Being born with pain, she knows not what life without pain is like…

If occasionally, you wonder why our passion for solving these problems, runs so high, surely Abbey’s story is but one. This is a lovely girl of 14 years, who lives with juvenile idiopathic arthritis, her eyesight is at constant risk and she survives each day by ingesting an amazing array of drugs in attempt maintain her joint health, mobility and vision.

Our ambition is to find a cure, and we will if we can anticipate your help too.