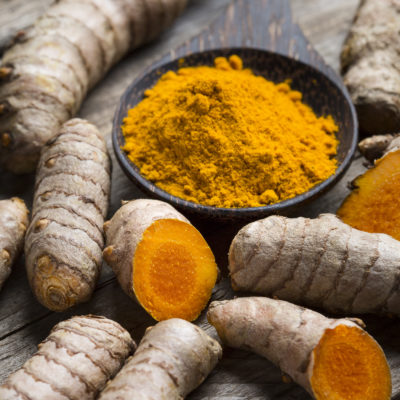 Curcumin is the major component of the herb turmeric and is one of the most versatile and widely used health supplements. There are plenty of high-quality studies to confirm most of the benefits but there are some cautions to be aware of too.

In another pilot study with patients who had rheumatoid arthritis, the results found that the patients taking curcumin had significant improvement over patients taking diclofenac sodium2.

In people with osteoarthritis C-reactive protein levels (CRP), the inflammatory marker was shown to decrease whilst taking curcumin for a period of three months3.

Part of its anti-inflammatory action may also be responsible for its ability to improve heart health, as studies have shown it to be useful for some heart conditions, including arthrosclerosis4.

Although some people believe that it could improve memory loss in patients with Alzheimer’s, so far the evidence does not confirm this5.

Some studies have found curcumin can cause gastrointestinal side effects such as diarrhoea and nausea7. These side effects were dose dependent and therefore reducing the dose can be enough to reduce adverse stomach effects.

Turmeric has blood-thinning properties and many pharmaceuticals have the same action such as aspirin and warfarin, therefore it is not advisable to use curcumin if you take anti-coagulant or anti-platelet medication.

Curcumin also lowers the blood glucose levels so if you have diabetes and take medication curcumin can cause the blood sugar level to drop further resulting in hypoglycaemia.

It can also be stimulating for the gall bladder, making the body produce more bile so if you have gallstones it is best to avoid it.

Overall, most studies have found curcumin to be safe in doses lower than 8000mg per day6. As a general guideline, 2000mg per day should be sufficient to have a therapeutic effect7. As always, work with the guidance of Doctor or health care professional.