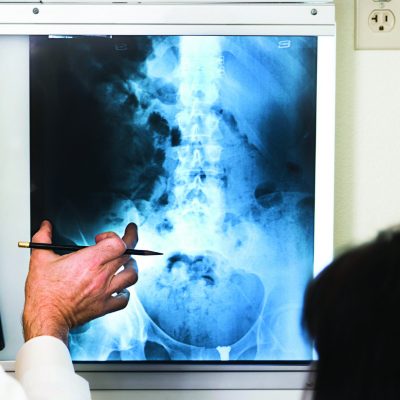 IT’S being billed as the first blockbuster drug since anti-cholesterol pills.

And more than three million Australians — including the nation’s top sports stars who are crippled by pain — are set to benefit from the new medication.

Discovered by Australian scientists, the medication for osteoarthritis has the potential to delay or eliminate the need for hip and knee replacements, saving the world’s health systems tens of billions of dollars.

There is currently no effective medication for osteoarthritis which is caused by the thinning of cartilage in joints which results in bones rubbing together, creating stiffness, pain, and difficulty moving.

It is the leading cause of joint replacements which cost Australia’s health system more than $1.2 billion a year.

As yet there has been no double blind placebo controlled trial of the medicine.

However, a peer reviewed case study of Australian arthritis patient Kaye O’Loughlin to be published in the Journal BMC Musculoskeletal Disorderswithin weeks shows her arthritis pain went from 8/10 to 0/10 after six injections of the treatment over three weeks and she no longer needs a knee replacement.

Another 30 patients have been treated with the drug and 70 per cent have seen significant reduction in their arthritis pain, another 15 per cent got initial relief but the trial did not allow them a seventh dose.

If a Phase 2 clinical trial due to start within months confirms early results Pentosan Polysulfate Sodium (PPS) has the potential to delay or eliminate the need for 75,000 hip and knee replacements a year.

There is currently no effective medication for osteoarthritis the second leading cause of disability and the most common cause of chronic pain in Australia.

Sufferers rely on anti-inflammatories and other forms of pain relief which have side effects but no medicine can yet halt the progression of the disease.

Australian scientists Professor Peter Ghosh and Dr Jegan Krishnan made the discovery by rethinking the cause of osteoarthritis.

There appears to be a link between bone marrow lesions and the swelling that causes pain and cartilage degradation in osteoarthritis, he says.

His Melbourne biotech company Paradigm Biopharma has patented the treatment for osteoarthritis and secured 20 years supply of the drug from the German company that manufactures it for use in blood clots.

And Dr Krishnan who has trialled the medicine on 30 other patients says at this stage it’s not clear why the drug works.

“It may have anti-inflammatory activities, it seems addressing the bone marrow lesions gives symptomatic relief,” he says.

“By controlling the lesions you reduce the symptoms of the pain,” he said.

Usually one third to half the people with osteoarthritis have the bone marrow lesions the drug seems to target, she said.

At the moment the drug is being tested in people with osteoarthritis of the knee but it may work in arthritis in other areas of the body as well, she says.

“It’s often said if you had to choose one disease, one drug, if you could find a drug to slow the progression of osteoarthritis you could be home and hosed for a decade,” she said.

At the moment osteoarthritis is the last frontier of big diseases with no treatment, if this drug works, even if it just slows the progress, you don’t need to cure it, you could change the pattern of the disease,” she said.

Kaye O’Loughlin has worked with race horses all her life and knew the drug Pentosan Polysulfate Sodium got them back on their feet when they were injured.

The breakthrough treatment has cured the osteoarthritis pain in 71 year old’s knee and she no longer needs a knee replacement.

In February, 2016 Kaye injured her knee while helping out a friend with some race horses.

Her meniscus was torn, the knee swelled and she had an arthroscopy but the injury did not resolve and she was on a waiting list for knee surgery.

Before the injury she used to love gardening and would walk for four hours every morning helping hose down and feed race horses.

Her knee problems meant she moved into a granny flat and she had to give up her work with horses.

“I didn’t do much because it hurt,” she said.

In August last year an MRI showed she had bone marrow lesions and she was offered a chance to trial a new medicine for osteoarthritis Pentosan Polysulfate Sodium.

She had two injections each week for three weeks.

“After the third injection I thought this feels good when I got out of bed,” she said.

“The discomfort went completely and I could walk for hours again, I didn’t feel anything,” she said.

“This morning I took the horses for a swim in the river,” she said.

Kay’s doctor Jegan Krishnan says he has been trialling the medication on 30 other patients who have arthritis.

“We’ve seen improvement in 70 per cent of patients, of the remaining 30 per cent half had an initial response but they weren’t given another dose because of restrictions by the Therapeutic Goods Administration,” he said.

“At this stage it is not clear how it elicits a response, we think it may have an anti-inflammatory action,” he said.

“By controlling the bone marrow lesions we are reducing the symptoms,” he said.

“I don’t know if this is a cure but it possibly may change the arthritis, the joint destruction,” he said.

Arthritis Australia belives the drug in question shows some promise but we need much more research to establish how effective it is in treating osteoarthritis.

Weight loss and physical activity are proven ways to manage symptoms and may delay or avoid the need for joint replacement in people with osteoarthritis.