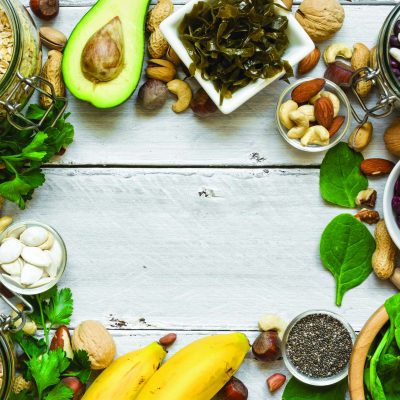 Australians are not getting enough calcium from their food and most are consuming too much sodium, a national survey has found.

The first national nutrition survey in 15 years has found only about one in 10 Australian women in some age groups are getting enough calcium from food.

The data from the Australian Bureau of Statistics and Food Standards Australia New Zealand, shows that across all age groups, only one in four females and one in two males met their calcium requirements.

Calcium is a mineral required for strong, healthy bones, and inadequate calcium intake is linked to the low-density condition, osteoporosis.

Females aged 12-18 years and females aged over 50 years have higher calcium requirements than other age groups. Only about 10 percent of women in these age groups had adequate calcium intakes.

Women were also much more likely than men to have inadequate iron consumption. One in four females did not get enough iron, compared to one in 30 males. Insufficient iron intakes can lead to fatigue, tiredness and decreased immunity.

The data is derived from the largest and most comprehensive healthy survey ever held in Australia. Researchers surveyed more than 12,000 participants about the foods, drinks and dietary supplements they consumed in the 24 hours prior to the interview, and then modelled the nutrients these people would get from the items they reported consuming.

In other findings, the survey showed more than three in four males and two in five females exceeded the recommended upper level of intake for sodium, without including salt added to food at the table or during cooking.

Sodium is found naturally in dairy products, eggs, meat and shellfish, but is also added to processed foods as a preservative or to enhance flavours.

High sodium intakes can increase blood pressure, which in turn increases the risk of heart and kidney problems.

“The fact that some people were not getting enough nutrients such as calcium and iron and too much of others such as sodium was due to a shift away from nutrient-dense foods such as fruit and vegetables, lean meat and wholegrains.

People are leaning more towards highly processed foods which are high in energy but have little nutritional value.” said Linda Tapsell, Professor of nutrition at the University of Wollongong.

Amanda Less, a Professor in the Faculty of Health in the Queensland University of Technology stated that 35 percent of adults’ energy intake and 41 percent of the energy intake of children was coming from such “discretionary” foods, which were often high in saturated fat and sugar.