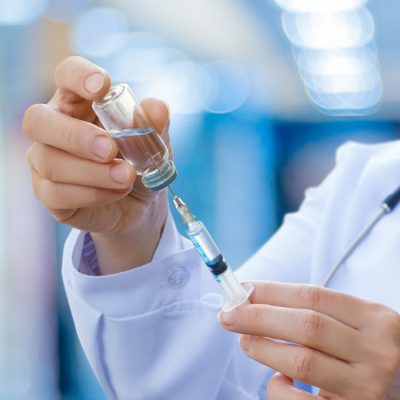 The University of Queensland (UQ) shared great news of a breakthrough late last year when the Diamantina Institute research team began human trials of an innovative treatment for rheumatoid arthritis.

The treatment, known as DEN-81, is vaccine-style immunotherapy that targets the cause of the disease, rather than treating its symptoms.

Patient trials are being held at a clinical research facility at the Princess Alexandra Hospital in Brisbane. The research team is being led by Professor of Rheumatology at UQ and head of the Autoimmunity Division at the UQ Diamantina Institute Ranjeny Thomas.

Rheumatoid arthritis (RA) develops when the body’s immune system mistakes joint tissue as foreign and attacks it. Professor Thomas discovered that the immune system could be ‘re-educated’ to not attack the body’s benign tissue. This led to the development of DEN-181.

The treatment is being commercialised by a start-up company of UniQuest, the University of Queensland’s commercialisation company.

UniQuest CEO Dr Dean Moss said the trial was a momentous step towards making the research discovery a treatment reality.

‘This is an important milestone in developing a new medicine for the millions of people affected by this debilitating disease which destroys joints, causes cardiovascular complications and can reduce life span,’ he said.

Professor Thomas said the trial was the bridge to bringing scientific data into clinical practice.

‘The study team will monitor and assess DEN-181 safety and immunological response in patients until mid-2019 and we thank the participating patients and referring rheumatologists,’ she said. ‘If successful, we would expect to begin phase two trials to assess efficacy.’

Professor Thomas continues to work on dendritic cells and autoimmune diseases. In addition to her progress in RA, her work has advanced understanding of diabetes and ankylosing spondylitis.

Professor Thomas is looking forward to finding more creative ways to unlock the mysteries of the immune system and develop new treatments for autoimmune disease.

‘Immunology research has reached a very exciting stage, where the development of new ‘designer therapies’ for prevention and treatment of inflammatory diseases that affect the life of millions of people across the world is becoming a real possibility. It’s both a privilege and an enormous challenge to be a part of that,’ she said.

Funding for the clinical program is also being provided by Arthritis Queensland.